Twosinak will be playing at wrong in the new year, and Henry says he’ll be putting soemthing out by him, too.

Great stuff I think he’s super. This track also has DJ Sarah Wilson, and someone else on it. Check the new Wrong Music Complaints Department link for a cd by Sarah Wilson longside many many others, including some by SoG collective members.

Heres the seasonal track I ripped off the cd while Henry wsn’t looking…..

twocsinak-we_wish_you.mp3 (its not there any more)

Twoc’s was kind enough to add these comments (giving you soem new tracks to download – nice):

If you still want to grab hold of the aforementioned Jesusday 2004 nugget (DJ Sarah Wilson ft. Twocsinak & Teddy Upskin — “MPCT (’04 edit) / We wish you”), it can be found here:

And here is my 2005 effort, made using a VHS recording of a seasonal ditty I co-wrote 13 years ago (Twocsinak ft. the Bournemouth Sinfonietta & the Jubilate 1992 Choir, conducted by Nigel Carver — “Nan, a ghost, cheeses”):

And, to redress the denominational balance, here is a Channukah song that I played on and, um, “produced” (Team Brick ft. Twocsinak — “Oy Channukah”): 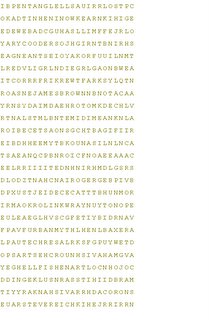 Here is a wordsearch for the DJ Sediment “everything and nothing” edit from a few days ago. It should help. 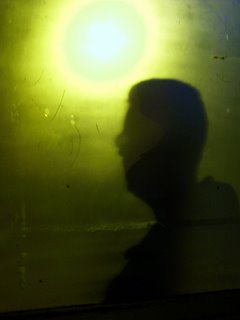 Sorry to drag you back to the subject of Elmaes, but here’s my remix of their Numerology track – is there a collection beginning to develop??

The pic is taken by Ta of Elmaes, so continues the theme, but who is the shadowy figure?? 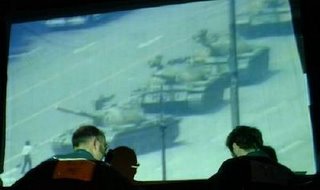 A recording of Capslock live at the Marborough Theatre on 22nd November 2005 is available from here. 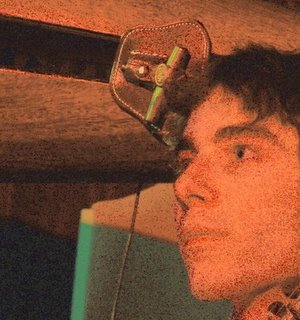 DJ Sediment has been busy editing together bits of his favourite tracks for the last year.
Look on it as an early Christmas present.

Here are three new remixes by minimal impact of the elmaes 5 track.

They are titled punk, glitcher and boring (link gone).

The seagull picture was taken by a friend and collaborator Ta King, she has shedloads of photographs on the web (here are some). Anyway, the picture doesn’t mean anything apart from that I don’t have one of Waxed Apple, who the remains of this post are about.

I went to see Waxed Apple do their Brighton Live set last night at the Sussex Arts Club. Fortunatly a lot better than the Free Butt ep launch. It was nice and loud and clear, and even if people were sitting around at the front, it was still a geat show.

After experienceing the inside of a fridge chic of the Sanctuary refit, I was a bit peturbed at what may have been done during the recent renovations to the Arts Club, but fortunately its basically just a lick of paint, and a slight change in the colour scheme.

Anyway to celebrate the new Waxed Apple 5 track ep here is the last track, “Monkeys”, not just chosen because there is a chime sampled from an Elmaes session. Honest.

McCloud provides the next addition to the Spirit of Gravity bandcamp label: It just evaporated, so I’m trying to re​-​conjure it

This album is the result of an invitation by photographer JJ Waller for McCloud to provide entertainment for the launch party of his exhibition in November 2019, where he played in a basement room visible through a plate glass slab in the floor and accessible solely by a small lift.

A long form set, slowly unfolding if almost static, McCloud uses some of his usual equipment, along with a collection of cassettes, an odd keyboardless synthesiser and an 80 minute field recording of a jungle clearing being swept.

The album may be streamed or downloaded on a pay-as-you-please basis here: spiritofgravity.bandcamp.com/album/it-just-evaporated-so-im-trying-to-re-conjure-it