September saw our first involvement with Brighton Digital Festival and it came off rather well, three very different facets of digital music.

The 55th Flotilla were kind enough to take a break from their regular Build Brighton night and supply the elektrocreche, with their trademark ships wheel and telegraph, their new large size telegraph is a particular joy.

Starting our evening off was the first live collaboration between Nicholas Langley (Hz, Cosmonaut Transfer) and Ian Murphy (Hobo Sonn), Ian set up in front of the stage (“I like to hear the actual PA”) with his vintage sampler and Nick sat right down on the cobbled floor with a phone. They start with Nick circling Ian’s sonics quite uncertainly, settling into the evening before really starting to assert himself – pushing Ian out of his usual places, before fluttering some phoned in tapped tabla that had Ian bouncing back with some textural drones. Then Nick switched to a fuzzed organ that wound around what Ian was doing for a very satisfactory psychedelic finale.

John Wall had to leave early so played the central slot and turned in a real storming set, wringing every tone from the generous PA that the Green Door Store has, so a special mention to Matt Benzie the soundman for giving him free reign to really stretch the sonics of the room. It was also nice to have John play in an environment where you could see the whites of his eyes as they flick around his laptop screen, totally focussed on what he’s doing. Really abstract but very cohesive, from trouser flapping bass to the cleanest top ends.

So Baconhead gear up the proceedings, keeping the bass extended but adding crunchy rhythms. Referencing Panoptica and Derrick May; with extreme repetition, pitch bends and odd sounds it was step on from their set in the spring, uncluttered and unhoodied keeping focus on the dynamics. Head noddingly good. 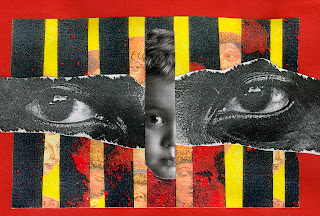 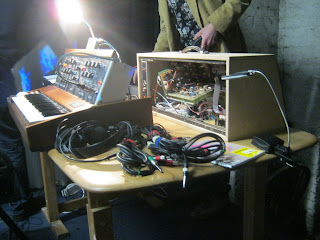 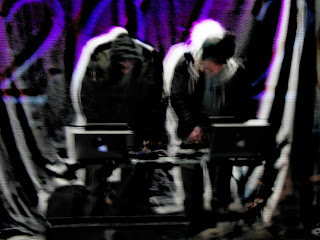