The Disco Tears bought their own lightshow, which was handy as we had severe technical problems and NO _minimalVector. 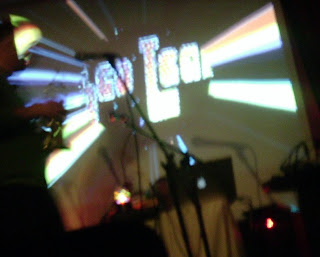 So laptops, melodica, cornet, effects and a film combine to mixed effect.

For a masterclass in controlling feedback see the footage below, for the rousing climax toi their set listen to this mp3 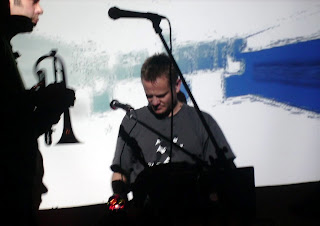 We forgot to move Con Brio out from behind the PA, so Steve who took the pictures was a little unsighted.
Didn’t stop us enjoying the sounds though, and we can all close our eyes and dream to stuff like this. 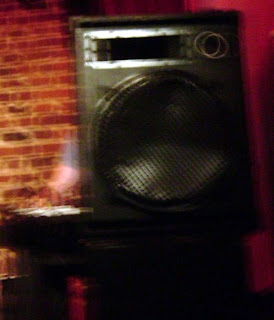 Rounding off the evening in near darkness from his spot on the floor was o.m.s.-n.m.a. Hard to describe the murky yet strangely uplifting soundscapes from Belgium. 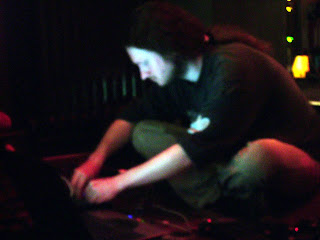