Thanks again to everyone who came to the All day birthday party, we had a brilliant day. Thanks to the artists who came down and without exception played a brilliant set.
Thanks to Abraham, Kassia and Jukes from The Rose Hill for their help and support. 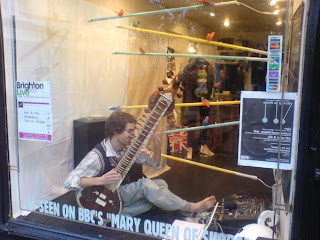 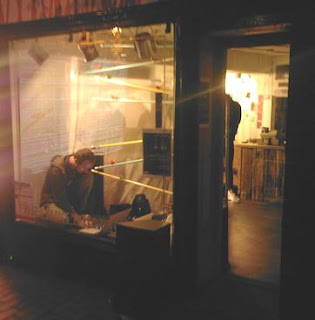 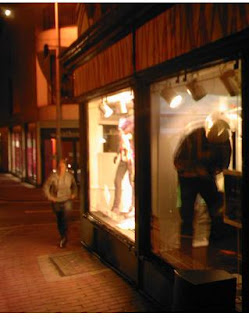 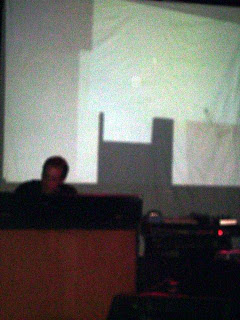 Bugger London: the visuals by _minimalVector have added a vital piece to the Spirit of Gravity Jigsaw. Check out the picture of Harmonium A Hash Tables above.
Stare at it intently while listening to this piece of aquatic foolery.
Harmonium A Hash Table – Whaleslide
If you only know Steve from his minimal impact work, this may be a shock (Rhythm! Bass! Percussion!). So brace yourselves for a pleasant time. 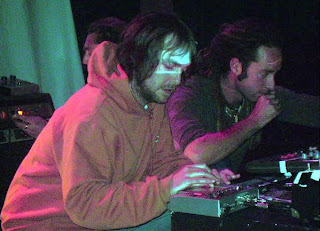 Terror Wogan returned to The Spirit of Gravity for the first time in ages. Looking a bit better and with meaty chanteuse Sirloin Dion in tow for a feast of Ragga breaks, bent toys and 4o year old effects units. Nice.
Terror Wogan vs Sirloin Dion – Peak to beat 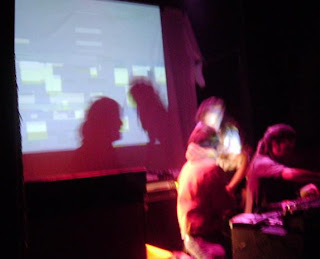 So in the tradition of the earliest Spirit of Gravity nights, we finished with an improvised collaboration between minimal impact, Terror Wogan and Sirloin Dion. The recording is confused and confusing, droneful and giggly, Steve described the set to me as “Comedy Dronecore” and that seems fair enough.
minimal impact vs Terror Wogan and Sirloin Dion – duppy stalks norn village – seeks origins of sound

Again you can see a little of the visuals in this picture. 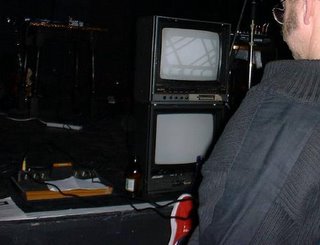 A picture of the Terror Wogan franchisee of the evening and an mp3 of “Cheese Eating Atari Nightmare pt II” is available here: