It was a Dark and Stormy night, but we were very happy in the Komedia with a top bill. 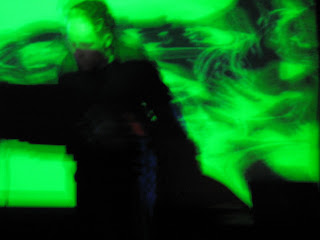 kicking off things we had Romanoids tribute to Solar Records. Though to be fair I think its only me that sees the disco connection. 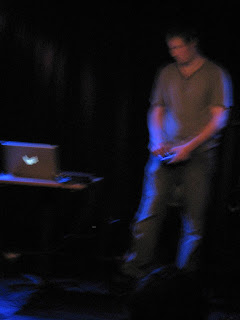 Then Tom Mudd gave us some Joypad joyful noise. 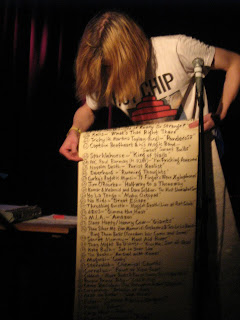 Twocsinak was just pointing out the words from this list, rather than reading them.
Although he did have a stand with them on. This song? Poem? was called “Zen and the art of “something which went on for a long time and Joe got bored even before we did. 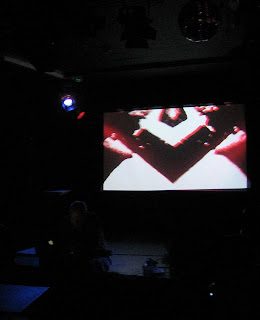 And finally John Wall worked with Vache to provide a digital soundtrack to an 8bit display (have a look at the video below, too)

Also lots more videos on our myspace page. click on the video button, there is yards of the stuff.

Romanoid live at The Spirit of Gravity October 2010

Tom Mudd live at The Spirit of Gravity October 2010

Twocsinak live at The Spirit of Gravity October 2010

John Wall Live at The Spirit of Gravity October 2010 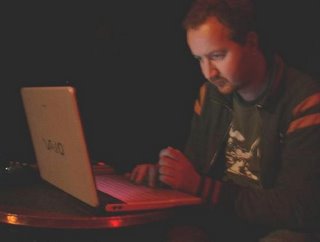 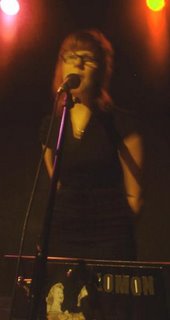 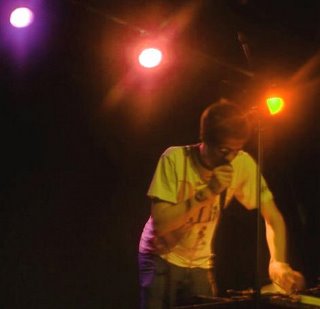